“An Army brat”, Wade Meyers spent his early years at Fort Bragg, North Carolina before his family moved to Bossier City, Louisiana when he was ten years old. Fulfilling a dream, Wade soloed a mighty Cessna 150 at age 17 and went on to earn his Private Pilot certificate with Instrument Rating and later his Commercial and Flight Instructor (CFI) pilot certificates. After high school, he completed a B.A. in History in 1987 from Louisiana State University in Shreveport while serving as an enlisted member of the 47th Tactical Fighter Squadron (USAFR) at Barksdale Air Force Base.

1998 and his mid-30s saw a move to the beautiful Birmingham, Alabama area, just about the time he was revisiting a nearly forgotten art passion. A strong grounding in drawing in college was countered by little experience painting in color. Determined to at least understand, if not master, painting’s subtle quirks and complexity, he studied art books and tried to ‘unlayer’ the work of others. The learning curve was steep, and actual ability to apply the acquired knowledge was slow in coming, but progress was being made. Then, after much soul-searching and a few promising commissions in hand, Wade jumped off the deep end and quit his job at an aviation museum in 2003 and began to work full time as an aviation artist. 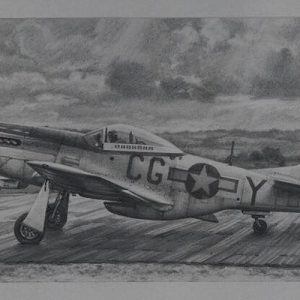 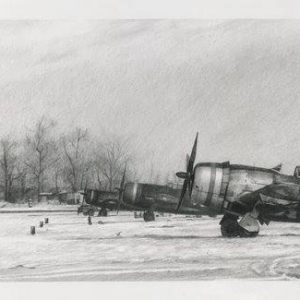