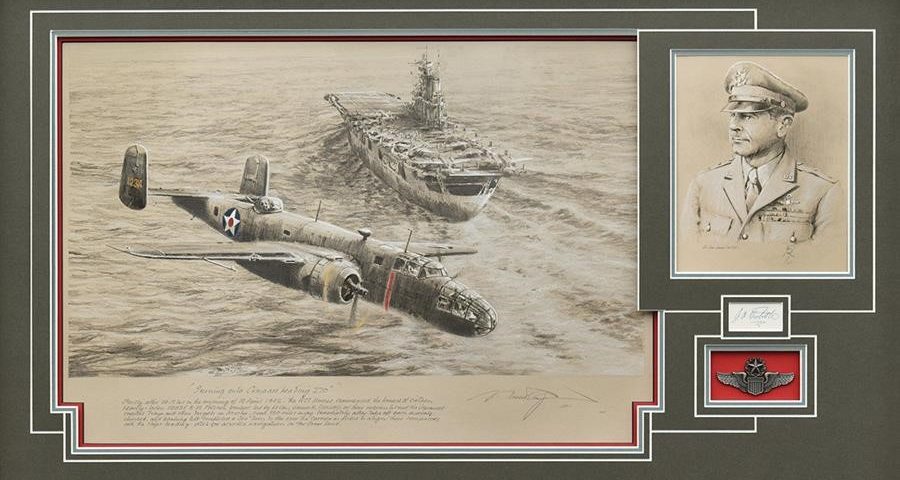 Intrepid Pioneer, Record Breaker, Award Winner, Outstanding Aeronautical Engineer or Celebrated Commander could all describe the man Robert Taylor has chosen as the latest figure to feature in his ground-breaking Icons of Flight series. That figure is General Jimmy Doolittle – best known as the man who led the famous first raid on Tokyo during WWII for which he was awarded the Medal of Honor.

Few aviators have had such an impact on the history of flight as Jimmy Doolittle – the first man to fly coast-to-coast across America in a day, awarded a doctorate in aeronautical engineering, winner of the Schneider Trophy, world speed record holder, a pioneer of instrument-flying and, during the war, Commander of the Eighth Air Force in Europe. A list of all of his many achievements could fill a page but the feat for which he is best known is that heroic raid he led on Tokyo, America’s first strike on mainland Japan shortly after the infamous attack on Pearl Harbor.