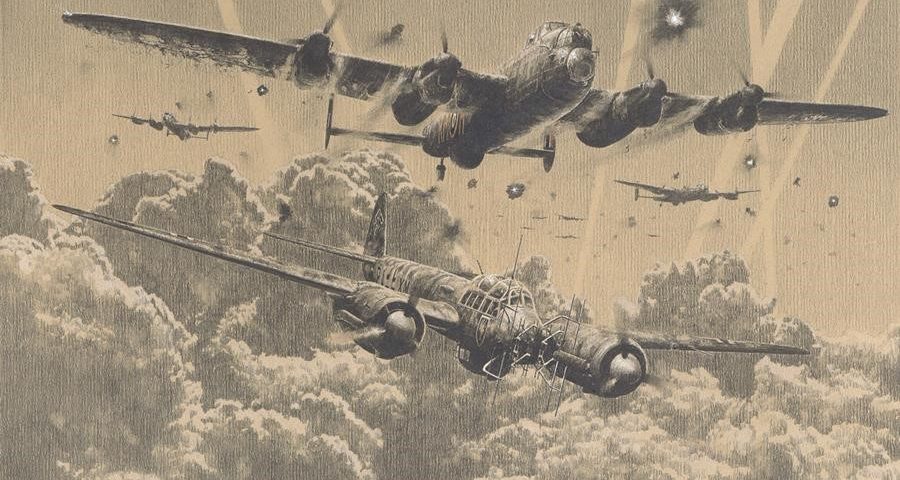 new release!… Hunter In The Night by Richard Taylor

A highly-restricted edition remembering the fierce battles that raged in the skies over Europe during WWII.

The role of the Luftwaffe’s night-fighter force was one of the most difficult and dangerous jobs of them all. Although highly feared, they were eventually overwhelmed by the sheer numbers and tactics as RAF Bomber Command increased their night-time offensive against the industrial heartlands of Hitler’s Third Reich. During their long, defensive campaign the Luftwaffe gave its night-fighter crews no time to rest, let alone recuperate – they often flew non-stop until they were either killed in action, wounded, or physically exhausted, incapable of flying. Only the lucky survived.

Hunter In The Night