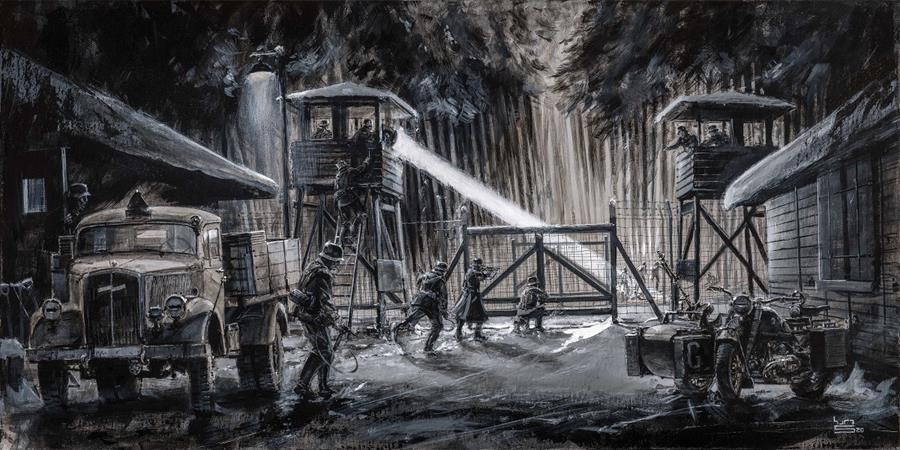 Commemorating one of the most daring escapes during WWII

As night fell on the night of Friday 24 March 1944 preparations began for the culmination of an audacious plan to implement the mass breakout of Allied aircrew from Stalag Luft III, a prisoner-of- war camp some 100 miles south-east of Berlin. Promising to be the largest escape of its kind during World War II, the escape had involved the clandestine digging of three tunnels – Tom, Dick and Harry. In the end only Harry was used.

If all had gone to plan at least 200 prisoners should have escaped but fate intervened. The prisoners soon discovered that Harry had been dug short of the tree line beyond the camp’s perimeter fence; once out of the tunnel the escapees would have to make a stealthy dash to freedom. It slowed proceedings and in the end only 76 men managed to get out before an eagle-eyed sentry raised the alarm – the moment graphically depicted in award-winning artist Keith Burns’ piece.

Sadly, of the 76 who did get away all but three were soon recaptured and in a display of shameful pique 50 of them were summarily executed on Hitler’s orders. Just three men evaded capture and made it back to England.