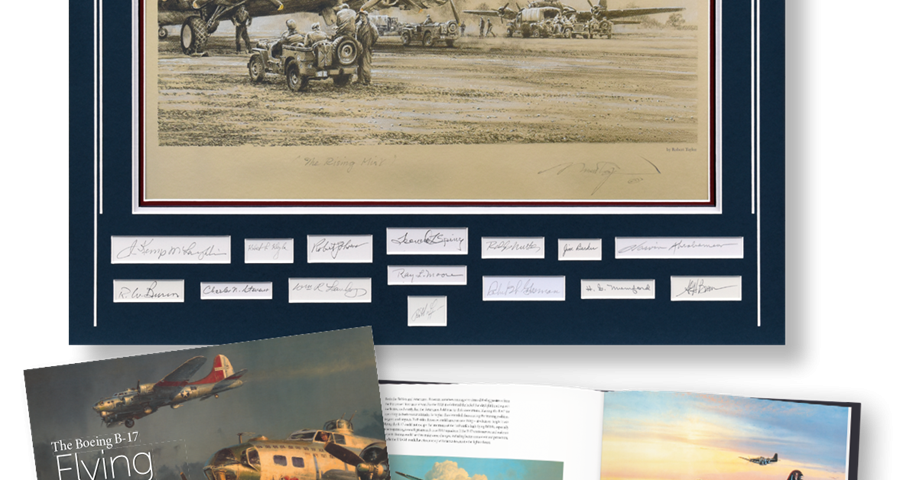 A tribute to the bomber crews of the U.S. Eighth Air Force

Touching down at their base at Bassingbourne on 19 May, six days after Hell’s Angels, the Belle did have the honour of being the first B-17 in the 91st Bomb Group to complete her 25 missions, ironically two days after her usual pilot, Captain Robert K. Morgan and most of her crew had done the same since they, like many crews, occasionally flew other aircraft. Bob Morgan was now ordered to bring the Belle and her crew home to America for a high-profile, morale-boosting, War-Bond selling tour. The following year, the crew of the Memphis Belle would feature in a movie directed and produced by the acclaimed Hollywood film director, William Wyler.

It is therefore no surprise that Robert has chosen the Memphis Belle to represent all the young bomber crews who flew with the Eighth Air Force during WWII in his detailed drawing ‘The Rising Mist’. Skilfully crafted in his unmistakable style Robert depicts the Memphis Belle at Bassingbourn, her home base, whilst the crew await the signal to start engines – once the sun has burnt off an early morning mist.