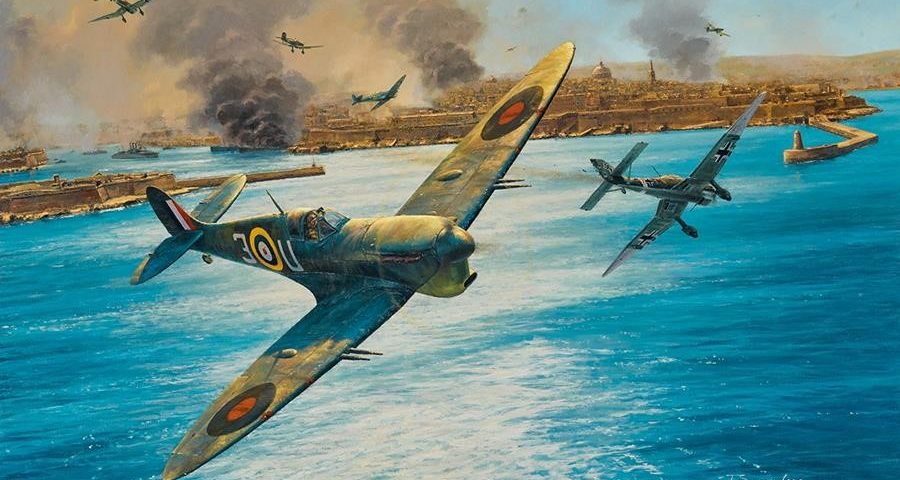 For two years following the Italian Declaration of War against Britain in the summer of 1940, the tiny island of Malta became one of the most heavily bombed places on earth as the Axis air forces fought to force it into surrender. They hadn’t reckoned on the island’s resolve.

German High Command had long recognised that control of Malta, with its naval dockyards and RAF airfields, was pivotal to safeguarding Rommel’s entire North African campaign. Control of the island was essential to protect the convoys that supplied Rommel’s desert forces and the Germans and Italians decided to bomb the island into oblivion, starve it, and force it to surrender.