No one ordered it and none in High Command approved of it, yet as the first Christmas of the war approached it was perhaps inevitable that a mood of goodwill would somehow seep into the war-torn trenches of the Western Front.

It started on Christmas Eve; the plaintive sound of beautifully sung yet somehow familiar carols coming from the German trenches, along which small fir trees had been placed alongside tiny twinkling lanterns. The tunes drifted amidst the snowflakes in the still night air that lay across the bleak, frozen no-man’s land that separated the two opposing armies. The British ‘Tommies’ were quick to respond, shouting back their own messages of seasonal goodwill until somehow – and no one knows just when or exactly how – an impromptu truce was arranged for the following day.

But would it hold?

Dawn on that freezing Christmas morning was met by an uncanny silence along trenches dusted by snow, everyone holding their breath in anticipation of what might happen. And then the first, more adventurous soldiers emerged from both sides, all unarmed as they climbed out of their lines – ‘you no shoot, we no shoot’ came the challenge. It was accepted and small groups of men trudged warily towards each other in the few hundred yards of ‘no man’s land’. Others quickly followed and then they met, enemies standing face to face until someone muttered the first hello, followed by a smile and hesitant handshake. It was Christmas and the ice was broken, photographs taken and small gifts began to be exchanged – a cigarette given here, another returned there, a can of bully beef swapped for a cigar, a bottle of beer for a button for there wasn’t much to offer except the recognition that humanity still existed in this terrible place. Someone from somewhere produced a football and if by magic there was laughter in the all too brief knockabout.

After a few hours it was over but, as the men fell slowly back to their own trenches, many would never forget that Christmas Day when a truce, tolerance and goodwill stopped the fighting – if only for a day.

Completed in Richard’s ‘trademark’ style of graphite, wash and coloured highlights on antique buff paper, this atmospheric piece serves as a lasting tribute to all those who fought in the trenches during the Great War.

Restricted to just 100 copies worldwide, every print is issued hand numbered and personally signed by the artist.

Each print in these restricted editions is mounted to full conservation standards to include reproduction miniature WWI Campaign Medals – The 1914-1915 Star, British War Medal and Victory Medal, affectionately known as Pip, Squeak and Wilfred. Alongside is the original pencil autograph of a highly decorated World War One veteran who served on the Western Front and received the Military Cross for his actions:

With all components of the Collector’s Edition, Richard will hand-craft an original drawing in the lower margin of each print to create a unique collectors piece. If you have any particular requests, please ask when placing your order and we will do our best to accommodate.

Specially created for the serious collector, each print is enhanced with a unique double-size pencil drawing, once again finished in Richard’s graphite and paint combination. 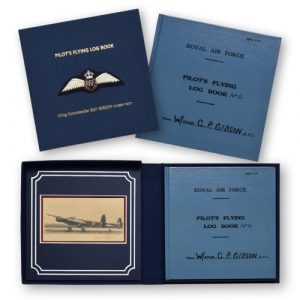 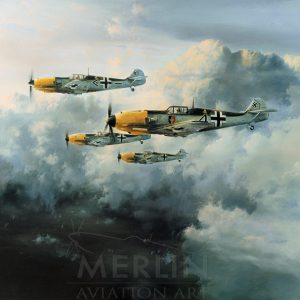 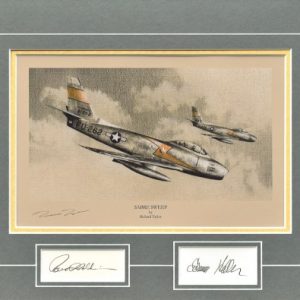 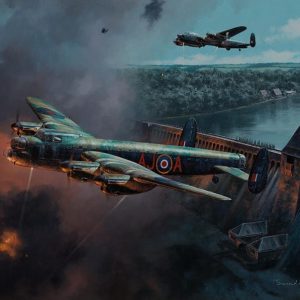