This rare secondary market print has been professionally framed.

As this is a framed item, our usual postage costs do not apply, so please contact us before purchase to discuss shipping options.

Published in 1987, Lightning Strike is one of a number of editions published during a period when the aviation art of Robert Taylor was starting to reach a truly international audience. His skills had developed quickly and this depiction of P-38 Lockheed Lightnings reflect a new level of maturity that conveys both striking beauty and artistic conviction in equal measure. Copies of this painting are becoming ever rarer, so we are pleased to be able to offer this classic Robert Taylor print.

The Lightning was, of course, one of the fastest aircraft in World War II, and in the Pacific it became one the most deadly long-range fighter-bombers of the entire campaign. Apart from Robert Taylor’s undoubted ability, the current collectability of Lightning Strike has much to do with the four, very famous P-38 Aces who signed the print edition.

There was Lt. General Jay Robbins who flew with the Fifth Air Force in the Southwest Pacific, rose to command the 8th Fighter Group and finished the war as a quadruple P-38 Ace with 22 air victories. There was Colonel Gerald Brown, the first P-38 Ace in the 8th Air Force in Europe; Colonel John Mitchell who flew 457 combat missions in the Pacific, including the famous ‘Yamamoto’ raid in April 1943. He finished the war with 15 air victories. And finally there was the P-38 Ace Colonel Rex Barber who was credited with the destruction of Admiral Yamamoto’s plane on the April ‘43 mission.

This rare secondary market print has been professionally framed.

As this is a framed item, our usual postage costs do not apply, so please contact us before purchase to discuss shipping options. 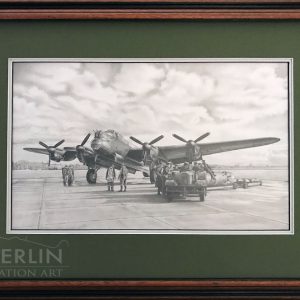 CALM BEFORE THE STORM 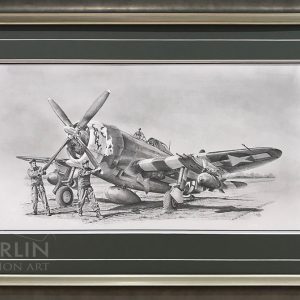 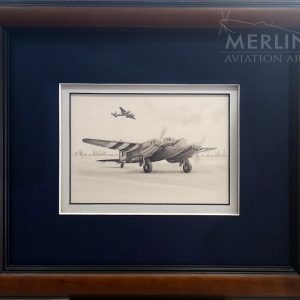 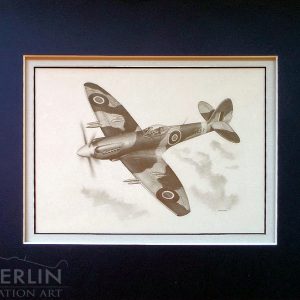